Vanguard Donated Disaster Relief Goods To Help The Reconstruction Of The Hometown After The Disaster!

A rare and heavy rainstorm raided Zhengzhou, the capital of Henan, was hit by the largest rainstorm in history at about 3 pm on July 20. The maximum hourly rainfall reached 120-201.9 mm in 4-5 pm on the 20th in Zhengzhou urban area, and the single-hour rainfall breaks through the historical extreme value.

Facing sudden disasters, Gongyi City, closing to Zhengzhou, became one of the worst-hit places in the province. Tens of thousands of people were affected by reservoir overflowed floodways, flooded town, and collapsed mountains and roads. 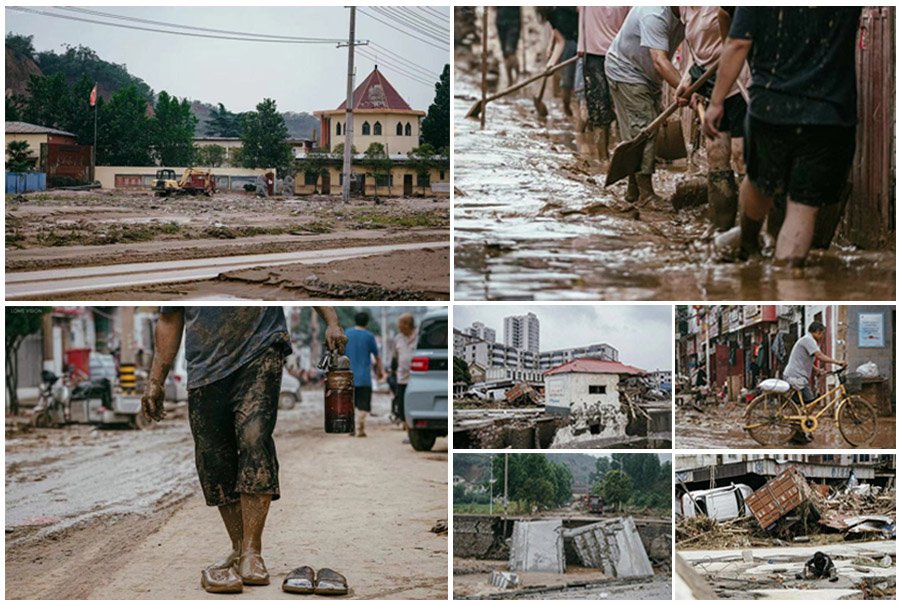 Affected by heavy rains, Vanguard’s production plant in the disaster area was also in danger. The plant was cut off from water and electricity, and there was a shortage of rescue supplies. Chen Chao, the production plant director, made a decisive decision to organize all employees to self-rescue, and investigate water and electricity and other safety facilities and dredge drainage pipes, clean up water in time. At this time, in order to protect our common home, Vanguard people have the same goal, united as one.

When one party is in trouble, all parties support to guard the hometown, and help each other in the same boat. While self-rescue, Vanguard people are also always paying attention to the disaster situation in their hometown. After learning that the disaster situation in his hometown is serious and urgently in need of relief supplies, Mr. Wang immediately organized personnel to urgently prepare emergency necessities such as mineral water, instant noodles and bread, as well as love donations, were rushed to government reception points and disaster-stricken villagers to do their part for the disaster-stricken villagers and help them tide over the difficulties.

The rainstorm is ruthless and there is love in the world. In the face of disasters, we are in the same boat, watching and helping each other, and use our meager strength to cheer for our hometown and our motherland! At the same time, we also sincerely pay tribute to every unsung hero who helped out in the heavy rain in Henan, and thank every guardian who fought in the front line of rescue and disaster relief. The Central Plains is gradually getting out of the haze of the storm.